This was a team project where we were tasked with proposing a redesign of another (unsuccessful) game of the same title, including a physical prototype and a digital prototype.

We quickly agreed to theme our redesign around visual communication and implicit tutorials. Something that bothered us as players and designers was the notion of hand-holding, which kills game pacing, and often disrespects the players intelligence, often for the sake of teaching conventions already understood by the player.

Our response was to turn the title of Antlion (previously a turn-based, tile-based guessing game) into a viscerally understandable game which is both easy to learn and hard to master. The answer, in our case, was an endless platformer with generative level content. Generative level design was a big undertaking for a two week student project, and our team had never worked together before, but we all complemented each others' skillsets and wanted to create something worthwhile. 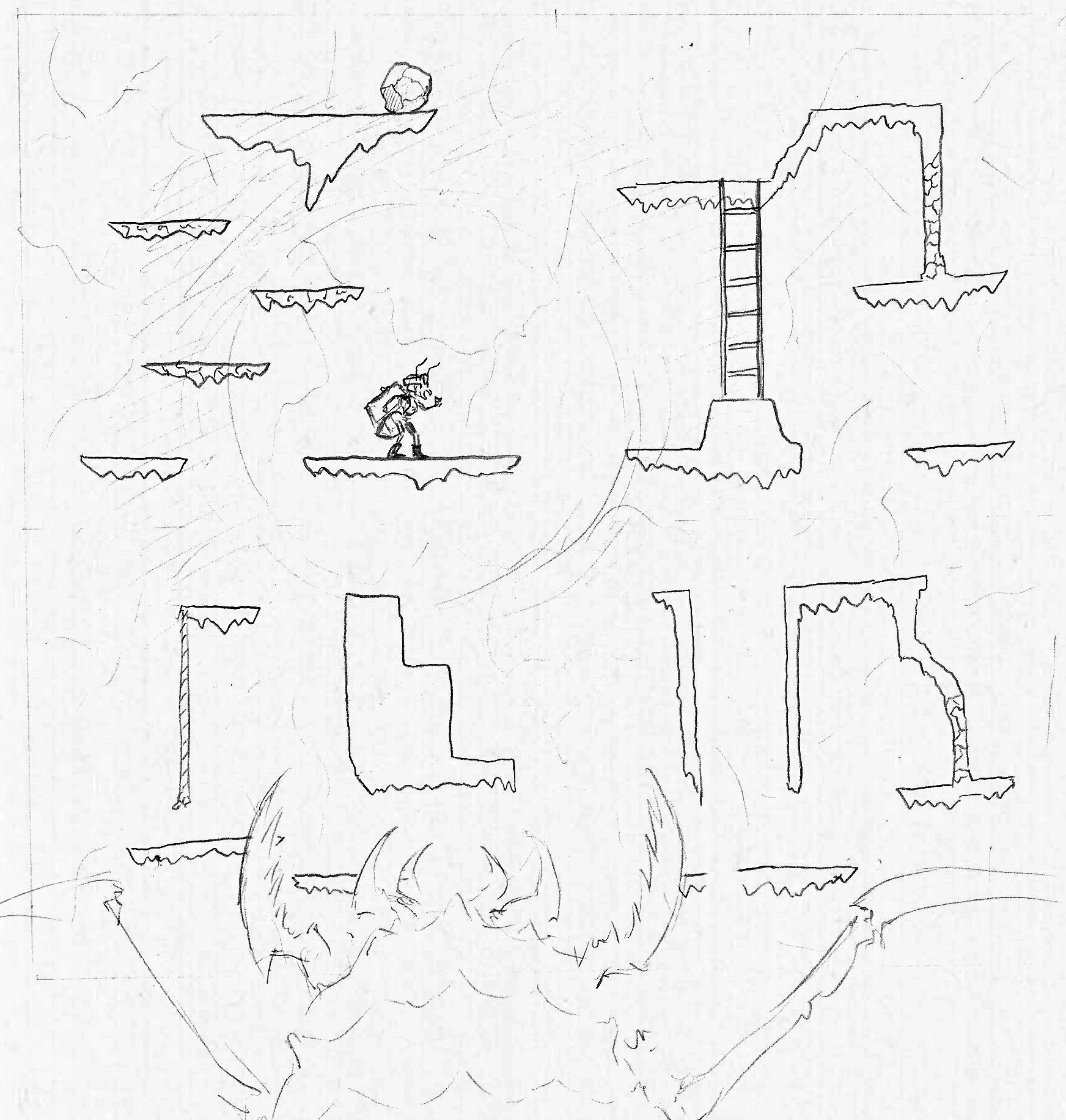 I acted as the technical developer for all of the game's code, and communicated with two artists for art implementation in the context of user experience and technical limitations. Earlier in the process, it was my responsibility to judge technical viability of project proposals, and give solutions based on my own limitations and strengths.

During our first week we were required to physically prototype our game. We chose to represent the gameplay using a long roll of paper, some hand-drawn platforms, and the player represented by a pen. The length of the pen could be used to check jump-distance of the player avatar. Our biggest observations centred around pacing, player behaviour under stress, and motivating riskier play.

During our first week we were required to physically prototype our game. We chose to represent the gameplay using a long roll of paper, some hand-drawn platforms, and the player represented by a pen. The length of the pen could be used to check jump-distance of the player avatar. Our biggest observations centred around pacing, player behaviour under stress, and motivating riskier play.

I began working on the digital prototype in parallel. The biggest item was the generative level content. My research into the subject lead me to the work of Derek Yu and his work on Spelunky. Yu's process assembles levels using pre-designed chunks which are placed and modified generatively. This preserves designer intent while introducing unpredictability, keeping players interested.

I devised a quick system which let team members design levels on any text editor, and send it to me over a messaging application. This was important for creating a large volume of level chunk designs quickly and in the absence of the Unity editor. Additionally, this system let me change the behaviour of game assets without changing the chunk prefabs. 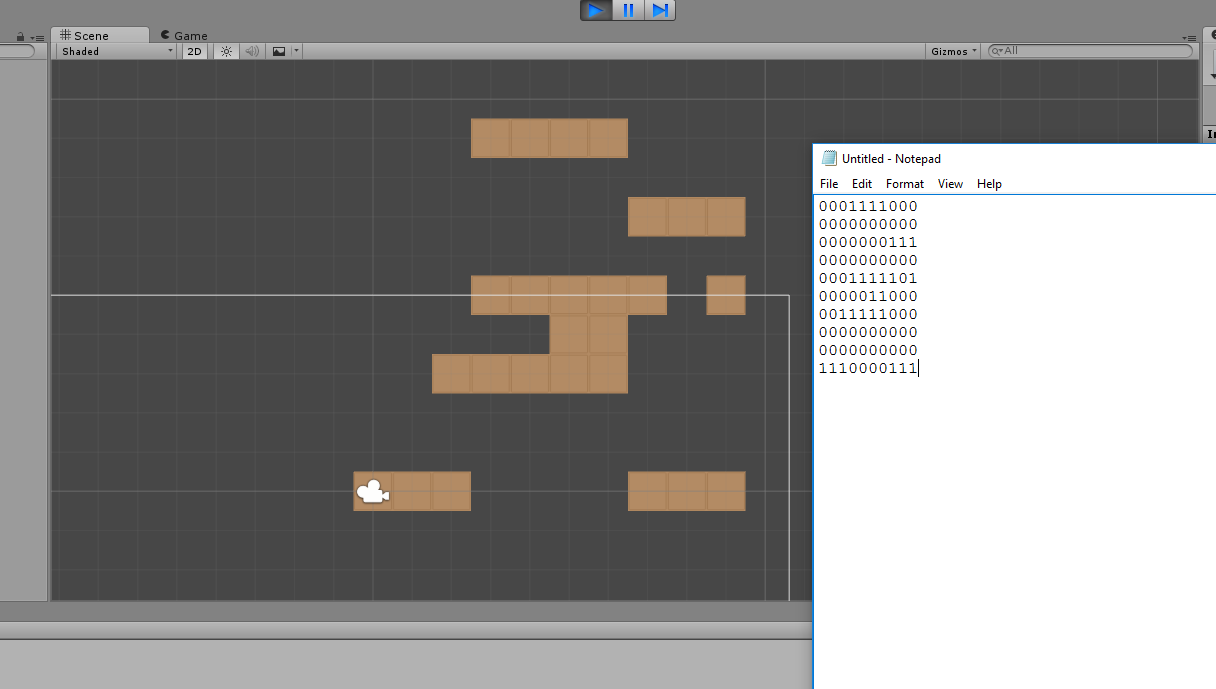 The chunks are randomly selected, and stacked/mirrored to create flowing levels. 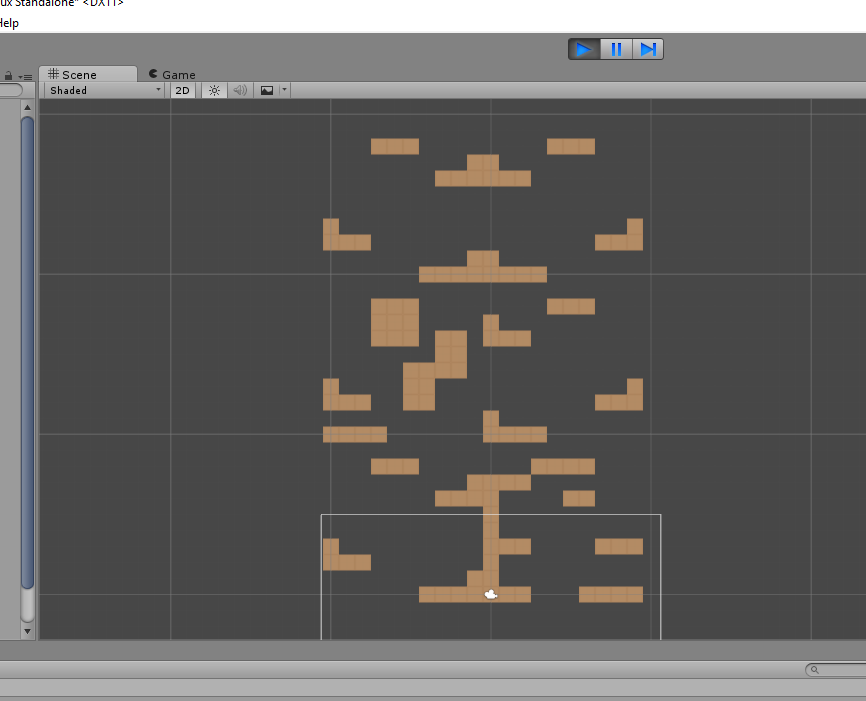 A 2x6 grid of predesigned chunks.

Next, I ran the levels through a nested loop to add unpredictable elements and differing tile-types to increase replayability. Exterior walls are also added to contain the gameplay. 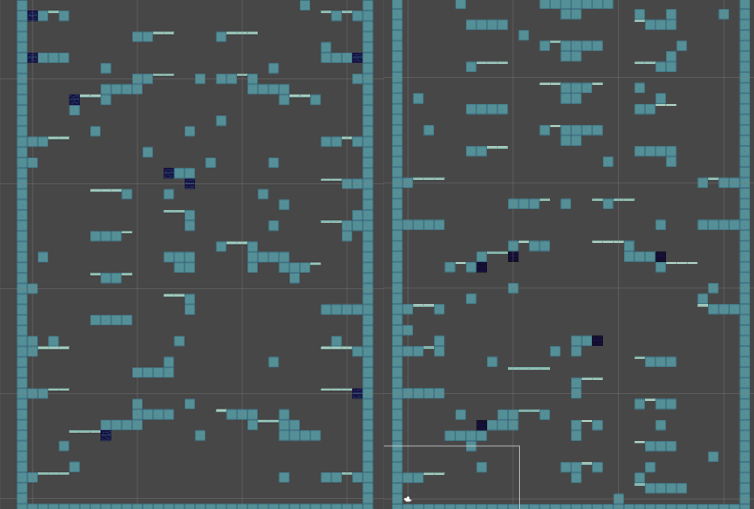 Finally, I added our artists' sprites, and began the platforming elements for digital playtesting. Included was the pace-setter for the gameplay, our terrifying monster. It is incredible how scary this slow lumbering thing was during gameplay.

Getting the correct mood in the environment was important for raising the drama of the scene. We needed players to have an uncontrollable urge to escape from the antlion, so times where the player couldn't see the monster were just as important as the times it was in plain view. By limiting the player's field of view, and washing out the colour palette, we created suspense we were looking for. 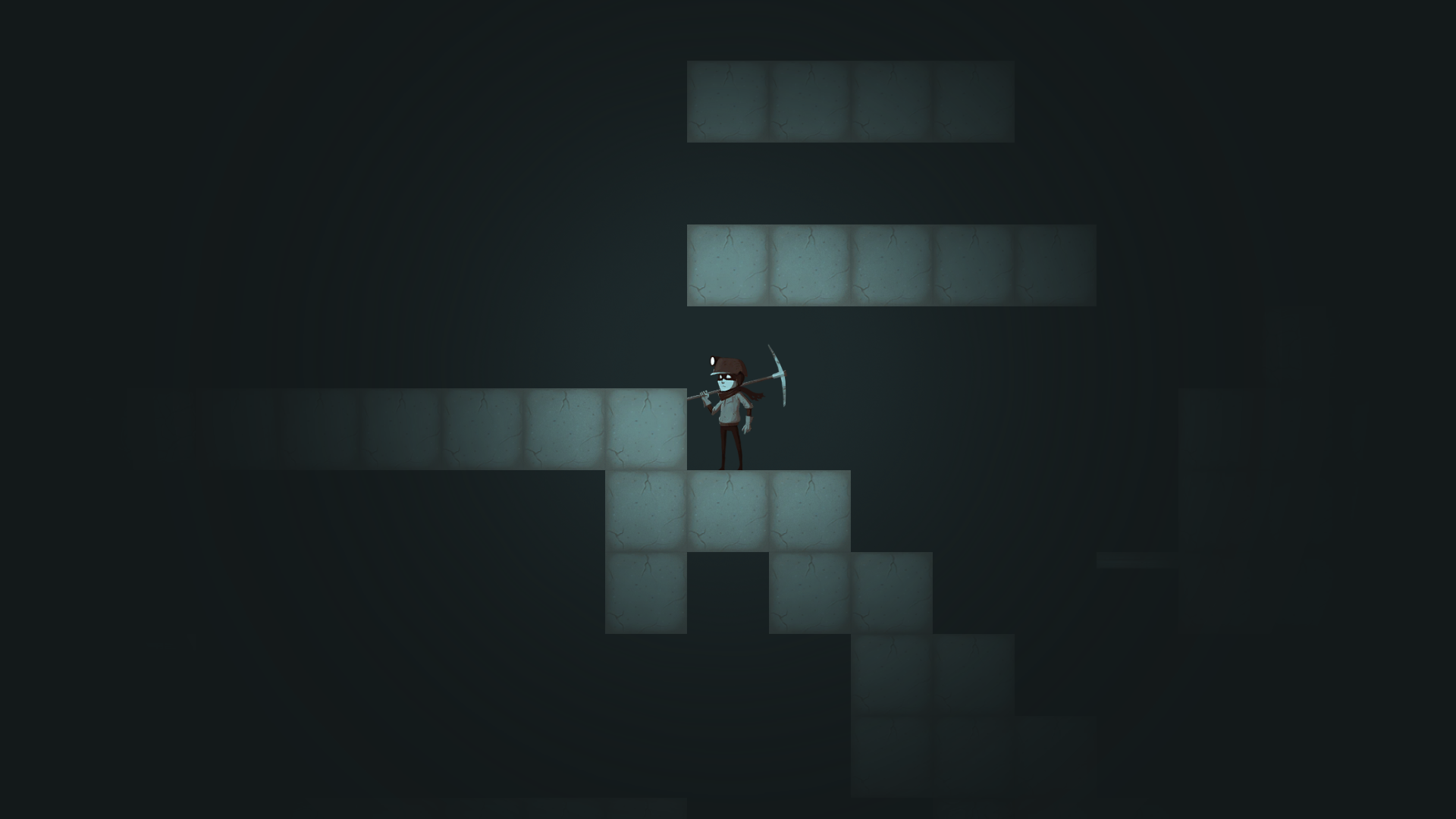 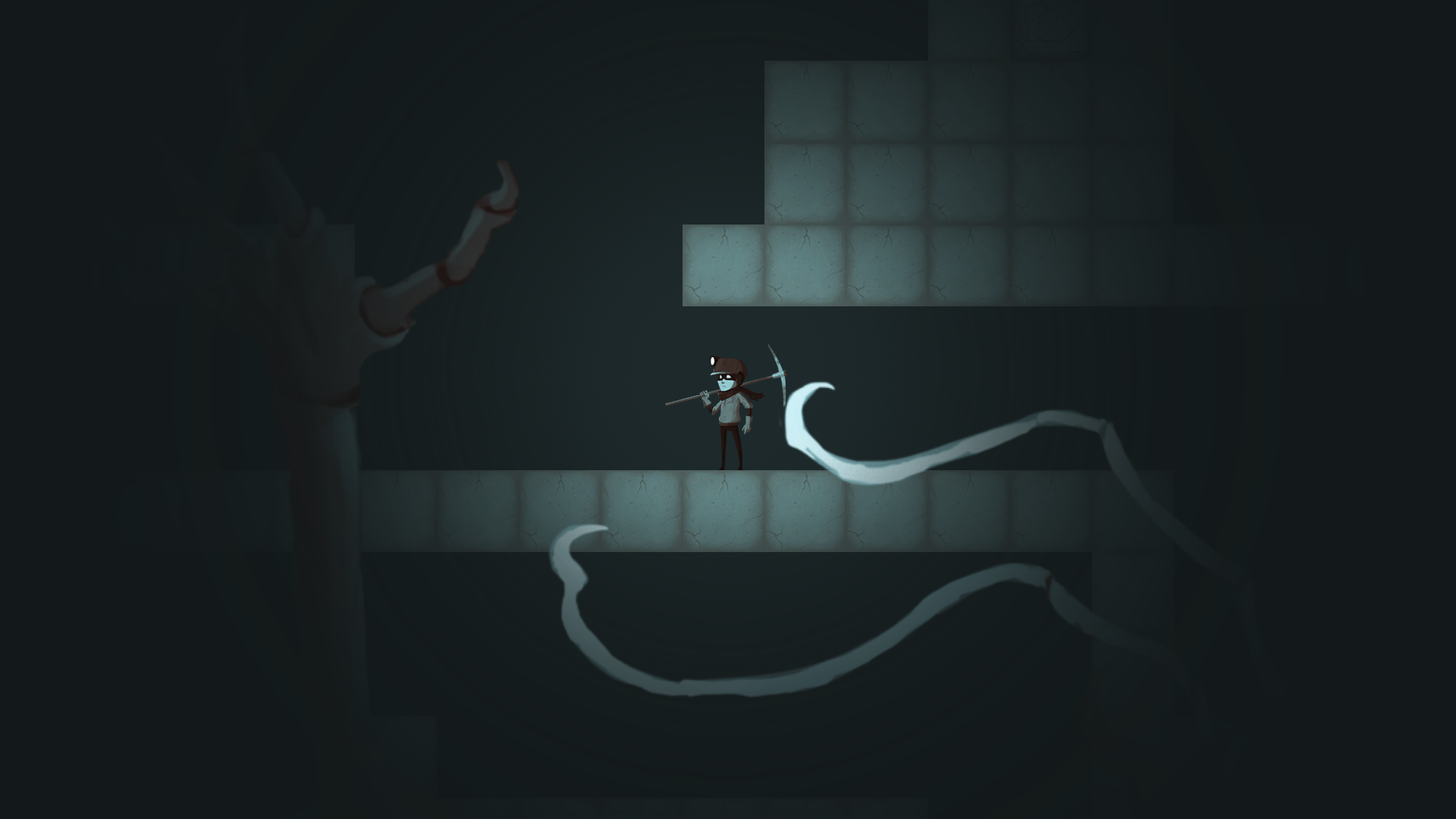 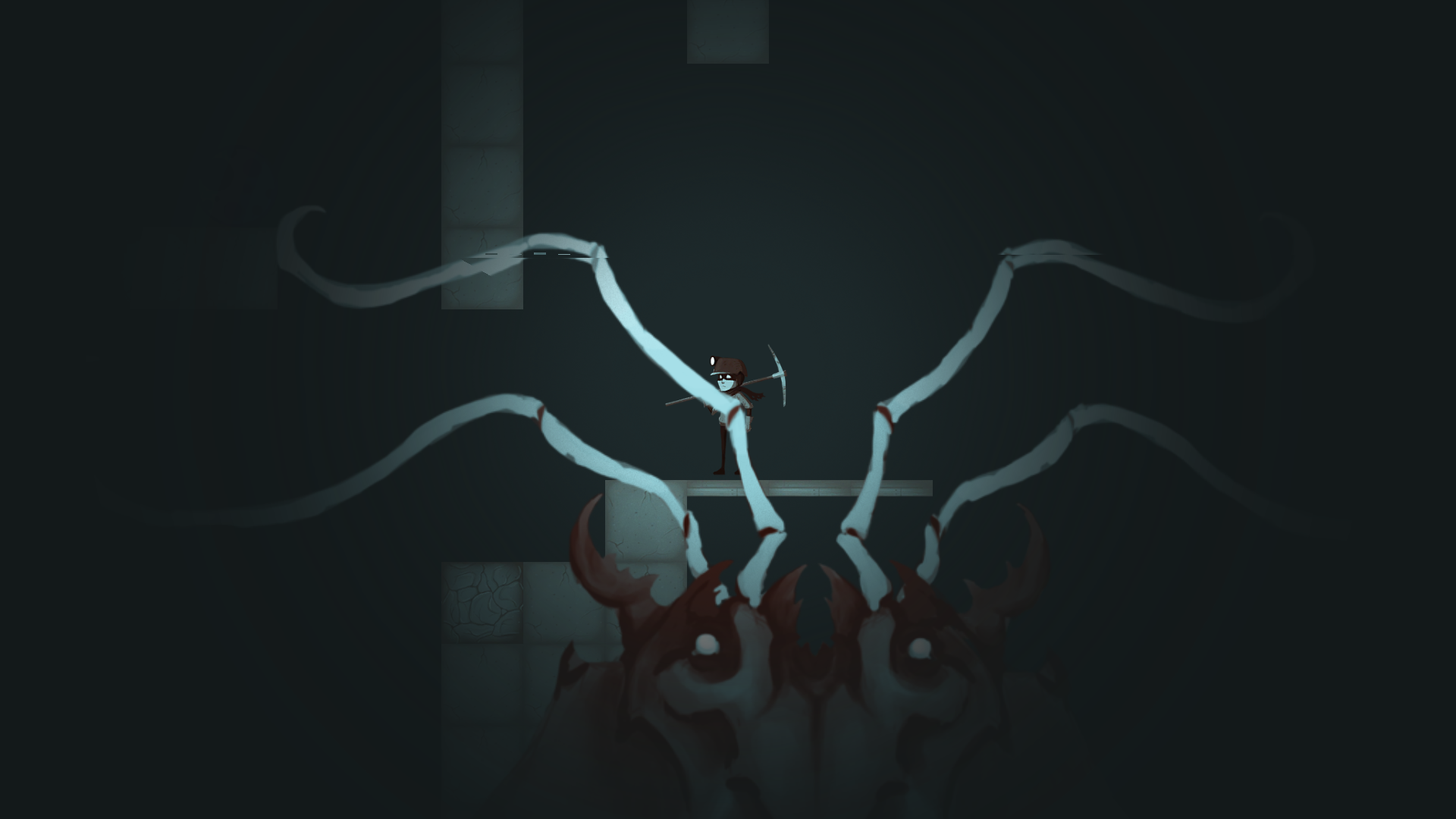 When playtesting day arrived, we were ecstatic to see the initial reactions of players. We refrained from telling them the goal of the game, and let the game to the talking. Upon seeing the monster, players instantly identified the goal of the game, and unanimously had vocal and panicked reactions. Some players spent extra time mastering the mechanics and trying to beat their previous survival times. This ended our week of digital development and we were so pleased with how well it was received.